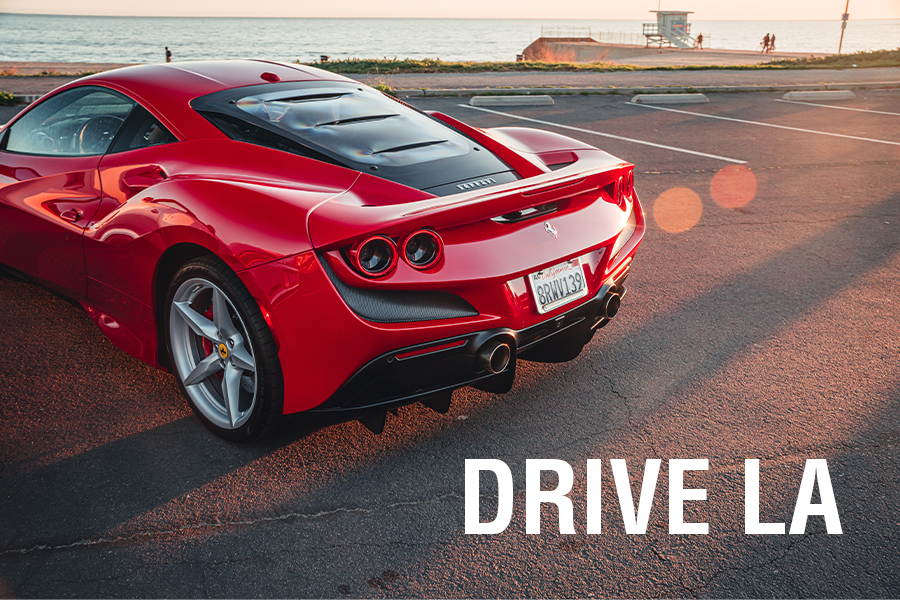 An Angeleno has two choices when speeding up to Santa Barbara.

Hit the freeway early and hope it’s traffic-free, landing you in the charming beach-bound escape in about 80 minutes.

Or opt for PCH to enjoy world-class views of the coast before cutting through Oxnard’s tapestry of farmland, finally crossing the Santa Barbara border in a certain two hours. Preferring an unimpeded drive with a picturesque backdrop, we chose the coastal route, flying up Pacific Coast Highway one early Saturday and pulling into Montecito well before noon.

Our refilling station would be Jeannine’s, a local a.m. rallying point for the monied village’s trendier clients, where we quickly dispatched a plate of banana Kahlua French toast on challah bread with our companion before taking lattes to go.

Hot cups in hand, we revved our engines and rounded the corner, driving down Eucalyptus Lane to park before the steps leading down to Miramar Beach. Instead of walking the wide-open sand that stretches past the bustling Rosewood Miramar resort and its legions of L.A. visitors, we hooked a right to stroll to the quieter Hammond’s Beach. There, we were serenaded by a gently lapping surf while sipping our lattes at the foot of the protected Native Chumash burial site and ceremonial ground known as Shalawa Meadow, as hummingbirds, bees, and dragonflies darted above us.

The half-mile stroll back to our car had us hungry for the exact thing that most urgently draws us towards Santa Barbara in the first place: great Mexican food.

It felt too late to join the endless queue at the legendary Super Rica Taqueria, which would have carved about two hours out of our day trip, we searched along beachside Cabrillo Boulevard. Hooking a right at Convivo, a Mediterranean dinner favorite of ours at the Santa Barbara Inn, we ascended Milpas, the central artery of Santa Barbara’s eastside that is lined with good options for Mexican eats.

We quickly put on the brakes upon seeing the sign for East Beach Tacos, an excellent taco stand tucked besides the neighborhood’s batting cages that come ensconced in sea breezes. Here, creative tacos stuffed with Hawaiian poke, Vietnamese banh mi, and Korean bulgogi are served besides classic Baja-style battered cod tacos and carnitas on corn tortillas. It’s certainly a sleeper hit of the local snack scene, with a line of in-the-know eaters that fortunately moves fast.

Cruising back up Milpas, we spotted more taco potential a few blocks away at Tacos Pipeyes, a small, sublime café committed to soft handmade corn tortillas, fresh and innovative salsas (we loved the peanut-habanero crema), and carefully cooked meats including rarities in this region like Borrego (lamb), pork belly, tripas, and a cheesy taco de rajas that—while different—was just as satisfying as the one we’re served by the more famous name up the street.

Having added two more favorites to our must-visit S.B. Mexican restaurant lists, we continued up Milpas until it snakes by the Santa Barbara Bowl (rumored to be Bob Marley’s favorite place to play shows) and the local public high school to meander towards the Santa Barbara Mission.

While repeatedly referred to as the “crown jewel” of the California Mission system, we skipped the architectural gem to dally below on the lawn of its extensive menagerie of blooming roses before ascending the adjacent mountain to take in Santa Barbara’s best views from Franceschi Park.

From this quiet roost at the summit, we scanned the city, taking in tens of thousands of red tiles dotting the Spanish Colonial Revivalist buildings between mountain crests, wharf, and shimmering sea. We almost swore we could see back to L.A. across our clear view of the Channel Islands, as we clung to the blossom-covered mountainside neighborhood known as the “American Riviera.”

Of course, it wouldn’t be a trip to Santa Barbara without wine. And though we would not have the time to press on the extra 40 minutes to visit proper S.B. Wine Country, we did beeline it for the nearby downtown, where a handful of great tasting rooms await. We eschewed the rowdy student beer bars and tourist shopping scenes on State Street to glide down Anacapa Street, taking in adorable Victorian houses and jaw-dropping close-ups of the charming courthouse.

Big fans of the wines made by S.B. pioneers Doug Margerum and the recently departed Jim Clendenen, our first stop was Au Bon Climat’s tasting room to share a glass of Clendenen’s treasured pinot. We took a short stroll through the attached El Paseo complex into its Spanish-style courtyard. After a glass of wine, one can momentarily imagine being cast back to Iberia, despite the office spaces for rent that surround you.

Next, we headed back to the beachside, where Margerum Tasting Room sits within the limits of the Funk Zone, the dorky moniker for the city’s more Bohemian tract of small shops, wine bars, and street murals forged from a former industrial zone by the train tracks. We basked in two ruby-toned glasses of M5 before poking our heads in and out of some storefronts, including the beautifully curated Blue Door vintage furnishings shop and the handmade jewelry and clever crafts of the Seaside Makers Collective.

Santa Barbara felt more hopping than ever, packed due to pandemic-era day-trippers or perhaps just from a typically packed summer weekend. Rather than be foiled in attempting last minute reservations at favorite restaurants like Loquita, Black Sheep, or Lebanese nirvana Zaytoon, we headed towards one our most closely guarded Santa Barbara secrets for a casual bite.

Tucked just past the harbor, Shoreline Beach Café’s best asset is hidden from the road, keeping it from being overrun by the sightseer hordes. In back, an outdoor arrangement of chairs sits directly on the beach, allowing you to sip a local IPA with your feet firmly in the sand, scanning the blue horizon for dolphins and long boarders.

Of course, we had to pass the pleasures of a high ABV ale on to our passenger, wolfing down a Niman Ranch beef burger with a cold Coca-Cola to perk up for the drive back home. Still, it was heavenly, the same sensation one gets sipping something chilly on the beach in Baja, the relaxation sinking deeper into your marrow with every minute.

Driving back as the light began to dim, Santa Barbara’s stately mountains and a reddening sky in our rearview mirrors—hair a little saltier, skin warmed from sun and sea breezes—we found ourselves in a spell that lasted long after we peeled off PCH and pulled into our driveway. A spell suffused with the fulfilled promises of the beauty of California’s best.

Can You Escape The Endless COVID-19 Blues By Renting A Bentley On Vacation?

15 Hot Places to Eat, Drink, and Have Fun In Palm Springs

This error message is only visible to WordPress admins